Masks are a well known feature of African culture. They’re used in many circumstances and in psychological terms represent the persona of the wearer.  As such they’re a language on their own, communicating to the viewer what is being said.

In Uganda a young man, called Bright Niwagaba, explained the meanings behind some of the masks he was selling.  He said they were made and worn by Pygmies, Africa’s forest dwelling hunter-gatherers, and represent everyday political and social events as well conquest and subjugation by other tribes.

Here are some of his stories. 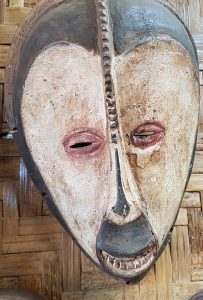 This was given by the Queen to those who were loyal to her.  The individual who wore her mask was on Queen’s business.  As Pygmies don’t have a monarchy as we recognise one the Queen would refer to a conquering tribe’s queen. 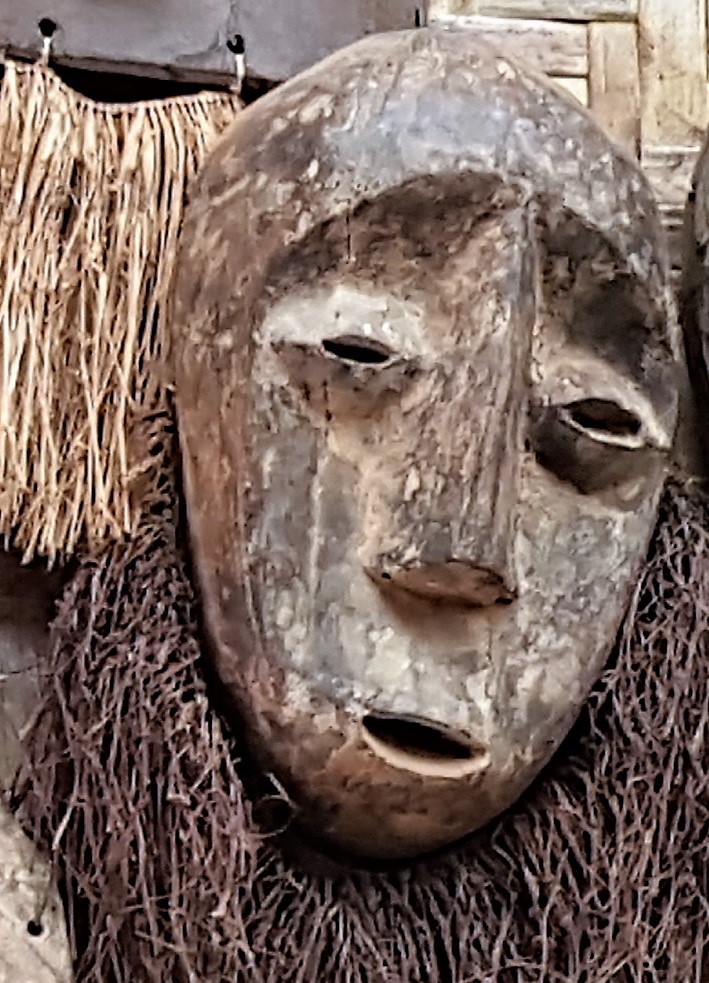 The same applies to the King as to the Queen. The wearer was the King’s representative. He would protect his interest at meetings, whether jointly or independently attended.

When compared to the Queen’s mask, the King has a beard and isn’t smiling, presumably because the Queen’s role was as a peacemaker. 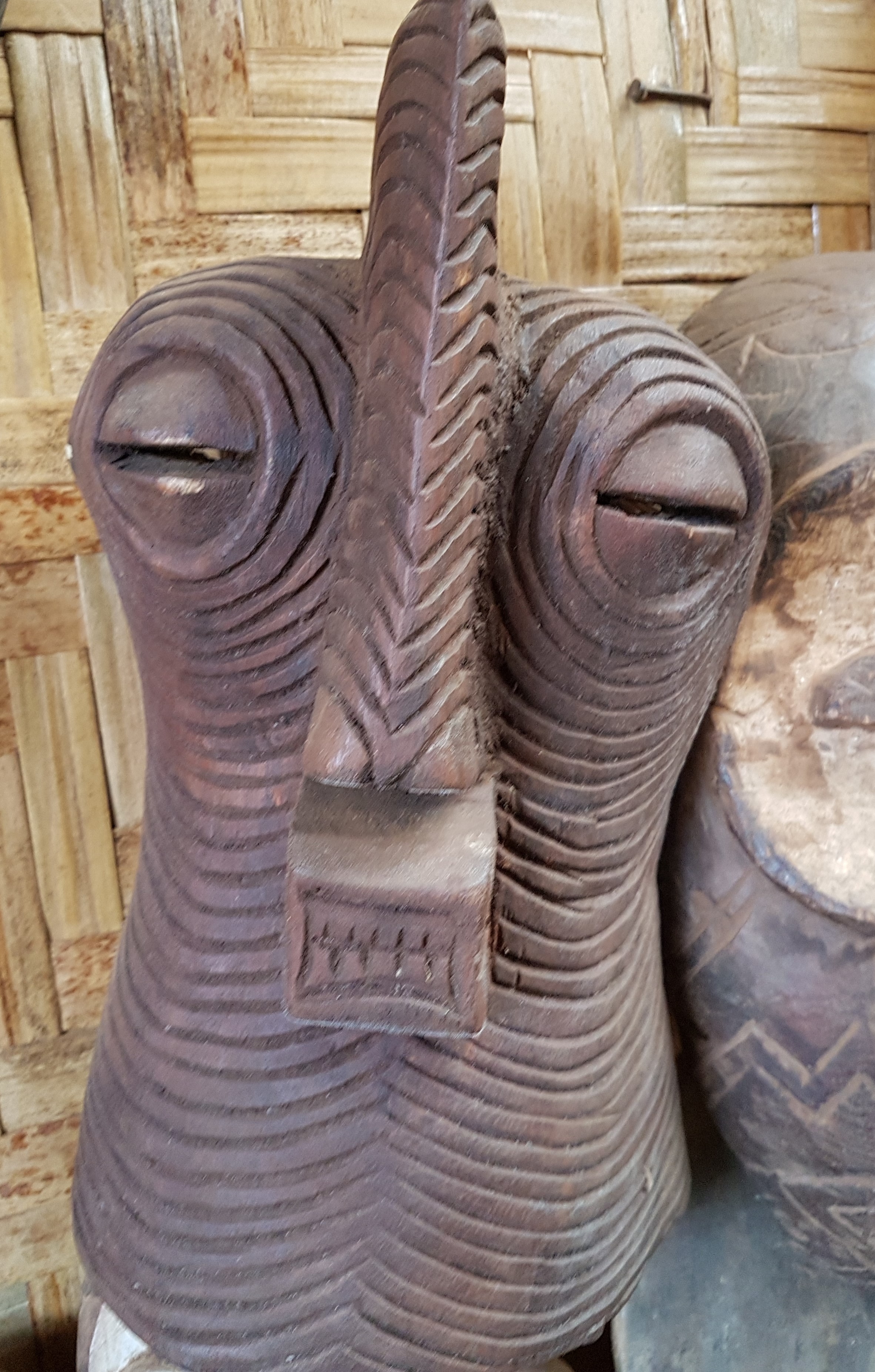 This mask depicts a combination of three different animals: the black and white casqued hornbill, the cobra and the crocodile.

This mask was given by the Bembe King to anyone who was absorbed into the tribe i.e. when land or other possessions were taken over.

It is inferred that this happened regularly to the Pygmies. The Bembe were hunters like the Pygmies and so their areas overlapped.

Similarly, the Luba mask signified the Baluba tribe’s spread in the forests of the Congo. The Baluba Empire was ruled by a sophisticated two-tier political system that comprised of royalty and councilors or elders. The Pygmies loyal to the Baluba wore this mask.

The symbols on the mask depict a distinct method of bird hunting. The lice on Pygmy heads would attract insect eating birds which would be caught and eaten. Rather than being  a negative I suspect this is a nod to a people who’s hunting skill was admired.

Used by the Chokwe people, this mask would be hung on the door of the King’s herdsmen when they required medicine for the livestock.

In many parts of Africa the tribal chief would employ herdsmen to look after his livestock.  In return a percentage of the increased herds would be paid to the herdsmen. 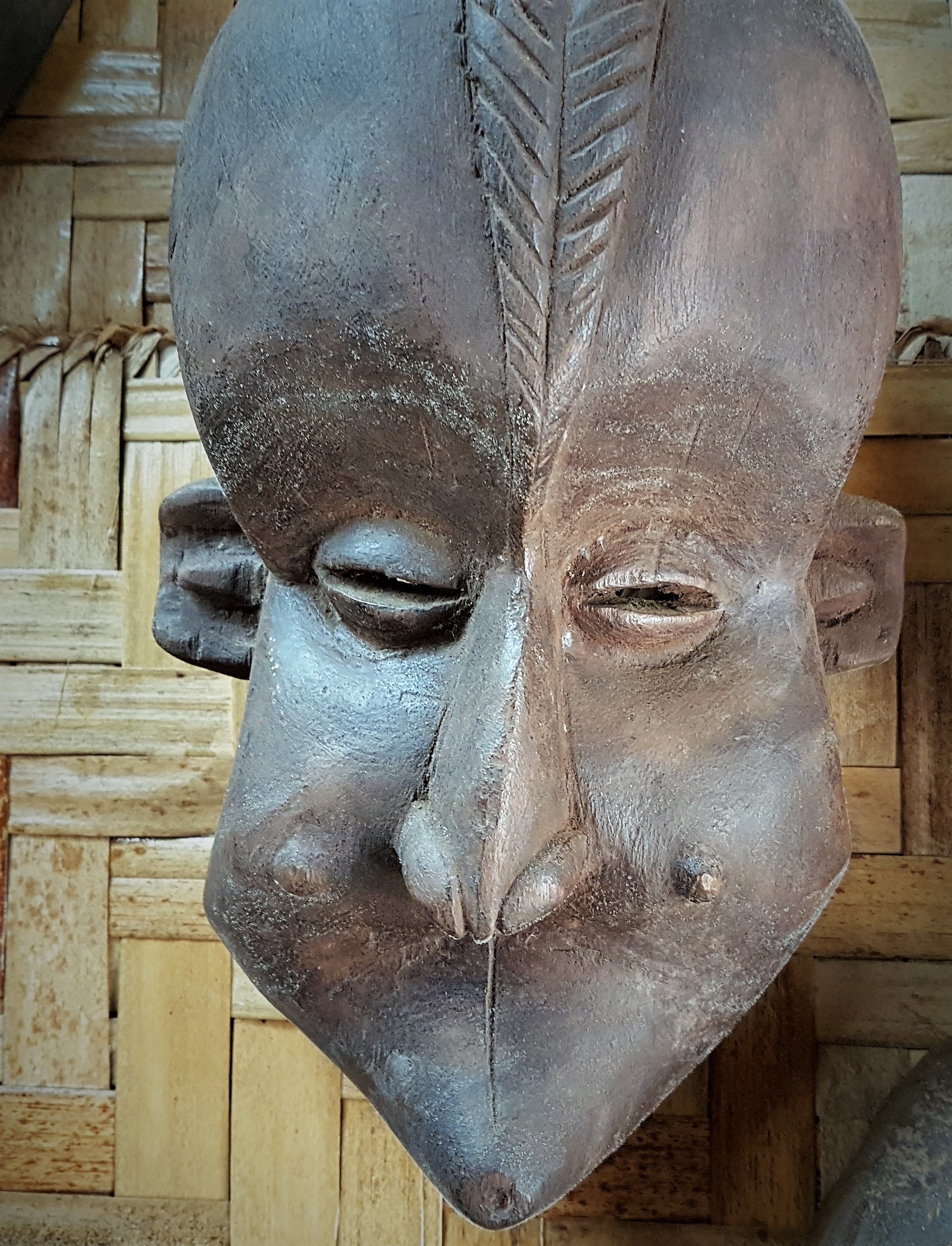 The spots on the cheeks signify the breasts, the mouth is the belly.

Pygmy women, who were having difficulty falling pregnant, would bow before and praise the wearer of this mask to encourage their own fertility.

This mask, adopted from the Lulua tribe, was worn by the man who performed circumcision on young men during their initiation.

It was worn primarily to hide his identify but also to imbue the rite of passage with the reverence it deserved.