Lions have long held a special place in human minds. Around the world they’ve appeared in mythical and cultural lore reaching right back through the ages. From ancient Egypt and Turkey to Greece, Rome and India they are closely aligned with the Sun, and therefore are an archetypal symbol of light. 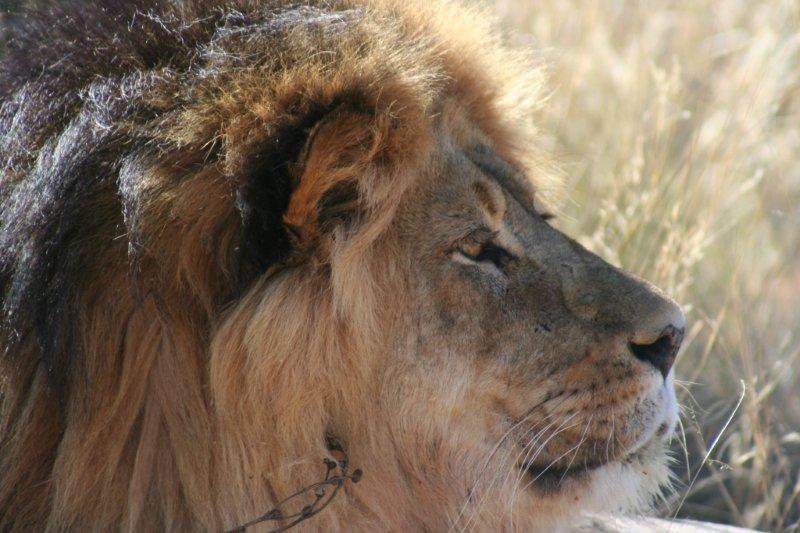 Light, as we know, is the opposite of darkness and in psychological terms it represents consciousness – that elusive awareness that connects us to the universal intelligence.

This association with a higher plane of existence is further reinforced by the fact that lions are often represented at the side of earthly manifestations of divinity e.g. goddesses, pharoahs, kings. They appear as guardians of these divine mortals.

In the mirror of a rapidly decreasing wild lion population we obtain insight into our own current level of consciousness or, rather, lack thereof.

But first let’s go back to ancient Greece where the stories of Heracles and Androcles represent a transition from lion hero to lion king. Heracles needs to prove his hero status with a series of twelve labours, the first of which is to slay a lion, and wear its pelt as proof of his prowess. In the story of Androcles however, Androcles proves to be a man of greater stature, as he doesn’t need to slay the beast to prove anything. His heightened consciousness represents a more developed emotional landscape where the lion is befriended.

There is a long tradition of lion shamanism in Africa. The first stage of initiation into this spiritual practice is the facing up to the lion. The second step is the assumption of the man-lion identity i.e. befriending it. The same theme of lion hero transforming into lion king appears across many cultures.

This metamorphosis, from one to the other, is important in the modern context.  Are we ready, as human beings, to move beyond proving our supremacy over the rest of Nature? Are we ready to befriend the Earth? If the story of Androcles is followed this act will save us.

As apex predators lions are indicators of the health of the biological system that supports them. Sick and dying lions indicate a sick and dying biological system – the very same system that gave rise to the human species and that humanity, too, is dependent upon. That lions can be seen as guardians of the natural system, and therefore of humanity, is an easy symbolic connection to make.

It is therefore significant that some Maasai, long known for their culture of lion-heroism, have renewed themselves as lion kings. The Lion Guardians programme is an enlightened initiative that aims to save lions.  It is in the tendrils of light piercing the darkness of our neglect that this programme will prove to be a paving stone on the spiritual path to saving humanity.

One thought on “Are you a Lion King?”