Many Westerners regard African tribal lore as simplistic, even naïve. This is far from true. On the contrary, African beliefs reveal a sophisticated, experiential understanding of the natural environment – one that most Westerners have lost touch with.

Born out of millenia of living at the mercy of the Earth’s vagaries, rural Africans have an innate understanding of nature. With the current environmental problems facing the planet, traditional Africa is a good place to search for the wisdom that points the way to ensuring our continued place here.

With this in mind I went looking for the Keepers of the Knowledge, the Sangomas and the Healers in rural South Africa recently. 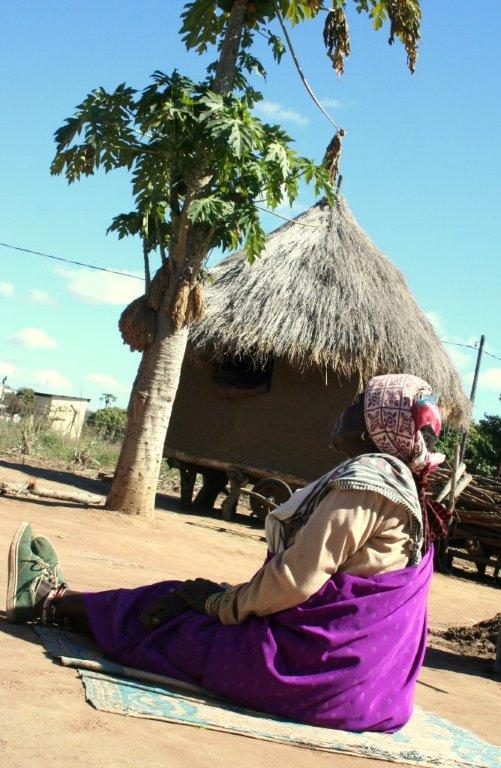 In some cases I had an introduction, in others I went ‘blind’, receiving what synchronicity arranged.  I met many fascinating people with stories to tell. What a surprise it was to discover how willing they were to share their knowledge. It is as if there is a transcendent recognition of the chaos we are causing in the natural patterns of the only home we have.

Something else I discovered was that it would often take a couple of days of mulling over what I had heard for my mind to grasp the truth. I learned to query myself when I didn’t ‘get’ what they were saying. “What am I not understanding here?” I would ask. I then let it stew for a while, until the penny dropped.

I learned a lot.

Everywhere I went people said that wildlife was part of their heritage, their culture. They said that messing with wildlife was messing with people’s identity. One woman went so far as to say that she didn’t want to win the lotto (the reason behind the slaughter of vultures). “It is not good,” she said. “You will get bewitched.” Not only by other people, who are envious, but also by the ancestral spirits because you have meddled with the natural order of things.

On the subject of rhino, a Shangaan Sangoma told me that the rhino actually has a ‘soft’ horn when it is with other animals. It is only when it sees a human that its horn becomes hard. This is an evolved way of saying that a rhino’s sole predator is man. She went on further to explain that rhino are vengeful creatures, that they will chase a person up a tree and then dig at the base of the tree to topple it.  They would also wait many days to exact their revenge.

There is great prescience in her pronouncement. In light of the recent extinction of the Northern White Rhino, the largest mammal to have disappeared since the mammoth, and the current onslaught that the remaining species face, we hear a dire warning in this story. If we allow the rhino to go extinct we will be pushed up a tree – a tree that the rhino itself will undermine.  Retribution may not be immediate. The rhino is patient. I can’t think of a better analogy for the threat that biodiversity loss represents to humans. It is quite probable that the rhino is a key species in the collapse of the natural systems that have supported our own evolution – if not physically, then psychologically.

Another interesting take was on vulture parts.  As already mentioned, the driver behind the poisoning of vultures is the belief that by placing vulture parts, especially the brain, under your pillow you will dream the winning lotto numbers.  As the lotto is a modern phenomenon this is not a traditional belief. Like the belief that having sex with a virgin will cure AIDS, it has come about recently, particularly in the urban areas. It is an urban myth.

One man in the small town of Elim, near Makhado, told me he couldn’t understand why people thought a vulture was so special. He considered an ostrich much cleverer as they know how to distract predators away from their chicks and how to disguise themselves from attack.  An ostrich also has good eyesight and runs fast. My understanding of this is that there is a greater sense of dominion in the image of the ostrich. In other words, if people want to get ahead they must not rely on dreaming the winning numbers of the lotto, something that is totally out of their hands, they must be clever, run fast, and have good vision, just like the ostrich.

The ability to identify the necessary qualities for a successful human life so easily with the natural world confirms the affinity that many Africans have with the environment.  And should ostrich parts become the vogue for taking control of your life there are surely enough ostrich farms to supply the necessary muti  legally.

I learned much, much more about traditional beliefs, and their links with the environment, a great deal of which relates to the inner lives of Africans. I will write them down in due course. Here I share examples of the thinking of southern Africans on two of the most pressing issues affecting wildlife and the heritage of our people.

The potential for finding lasting solutions to the crises we face lies in learning to speak the language of those involved.